Mumbai, the most populous city in India, has its beaches covered in filth with piles of trash and sewage contamination making them unsafe and nearly inaccessible for visitors in recent years. Some are more polluted than others. In a study of nine Mumbai beaches between November 2015 and May 2016, Juhu, Versova and Aksa were in the worst shape. Nearly two years ago, residents of Versova decided to take matters into their own hands, inspired by Mumbai-based lawyer and environmentalist Afroze Shah.

In October 2015, when Shah moved to his new apartment near Versova beach, he noticed mounts of plastic waste on the beach, reaching 5.5 feet (1.67 meters) high! He and his 84-year-old neighbour, Harbansh Mathur, began to clean up the trash. Watching their efforts, dozens of locals joined in as volunteers and about 50,000 kilograms of waste was removed during the first clean-up on the 2.5-kilometre shore. He launched a weekly clean-up drive inviting more volunteers.

By December 2015, the local authorities stepped in to provide tools such as garbage trucks and excavator machines for the volunteers and the drive transformed into a movement for the next six months. The volunteer participation grew to 300 persons joining in per week from all walks of life. Soon, the Versova Resident Volunteers (VRV) group was formed and they updated their progress regularly on Facebook. Shah and his team of volunteers visited the beach every Saturday and Sunday and collected garbage. It was transported by the waste management department of the civic body BMC to segregation centres. 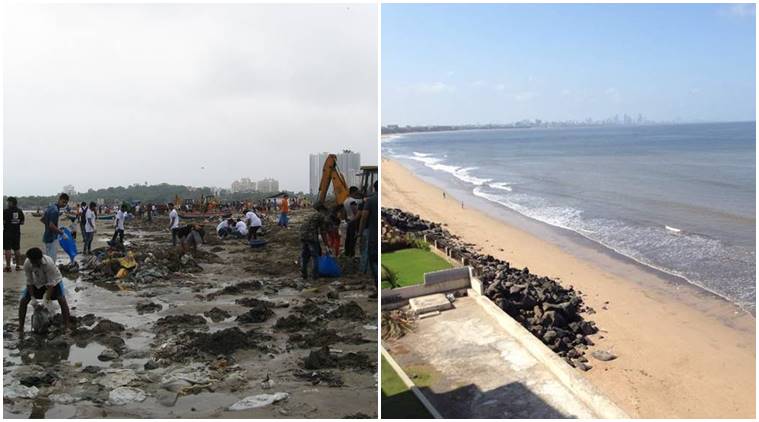 In July 2016, VRV’s efforts were recognized internationally by the United Nations Environment Programme (UNEP) who named it the “world’s largest beach clean-up in history”. By January’17, the group moved on to cleaning 52 toilets near the beach to stop sewage from ending up in the sea. By March 2017, VRV had cleared five million kilograms (5,000 metric tons) of trash from the Versova beach alone. The UNEP recognized Shah’s achievement by making him a Champion of the Earth, the United Nations’ highest environmental award.

India struggles with the narrow mindset of its people who litter and seem frighteningly comfortable living in filth. Mumbai’s Versova beach stands out as an exception and tells the tale of one passionate citizen, backed by an environmentally conscious community. A seemingly Herculean task was not only made possible but also resulted in a “historic moment” and “fantastic news for Mumbai” as the city witnessed turtles hatching on a beach that just three years ago was under thousands of tons of plastic litter.

Hatch-lings from a vulnerable turtle species were spotted for the first time in decades. At least 80 Olive Ridley turtles made their way into the Arabian Sea from nests on the southern end of Versova beach in the last week of March 2018, protected from wild dogs and birds of prey by volunteers who slept overnight in the sand to watch over them. The Olive Ridley species, thought to be named for the olive-green hue of its upper shell, is the smallest and most abundant sea turtle in the ocean, but is still classified as vulnerable by the International Union for Conservation of Nature. 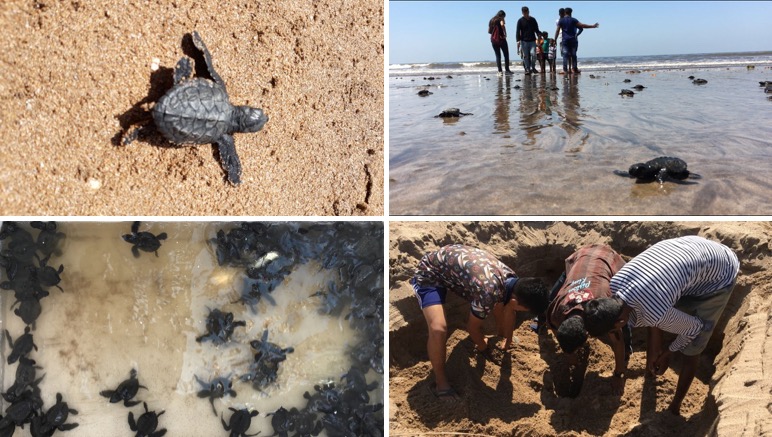 According to UNEP, 13 million tons of plastic waste end up in the world’s oceans every year and the world needs to act now. Many more steps are needed to reduce plastic wastes and make waste disposal more efficient.